I received two lenses from KEH today.  They are in “bargain” condition according to the dealer, but they look like they have only been lightly used to me.  The Fujifilm XF 10-24mm f/4 R OIS lens is a great wide-angle lens with a useful  zoom range.  I took my new toys, uh, tools, to the Switzer Covered Bridge in Franklin County, Kentucky this evening, trying to arrive during the “golden hour” before sunset.  It probably would have been better to arrive a little earlier, or to have underexposed a little, but I am happy with the lens’s performance.

I also bought the Fujifilm XF 55-200mm f/3.5-4.8 R LM OIS lens, a moderate telephoto zoom.  One of the pictures has some blur from not noticing that the shutter speed had dropped to 1/30 of second and I was shooting hand-held. This was too slow for the 100mm setting , but here it is anyhow. 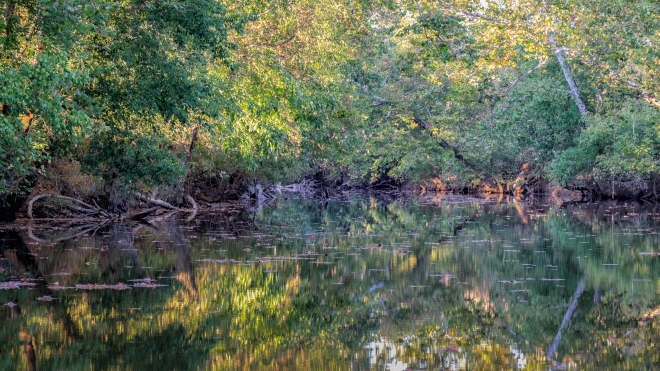 I’m happy with my new lenses so far, even though I only got a handful of pictures in today.  I saved about $700 by buying them in “bargain” condition instead of new, and that does make me happy.