This is why I wanted to go on this tour – the Amalfi Coast.  More than a decade ago a happened on an old book at Glover’s Bookery  in Lexington.   I was told that it was about 100 years old and that books like this had been popular at the time as tourist items among those on their grand tour of Europe.  I fell in love with the black and white pictures sandwiched between browning, crinkled leafs of glassine.  I hoped that I would one day make it there.

Ann, too, fell in love with pictures from the region, and has a painting of Amalfi hanging in her office.

And then, for a few short – too short -days in early October, we were actually there.  And as amazing as pictures of the area are, they pale in comparison to actually being there. 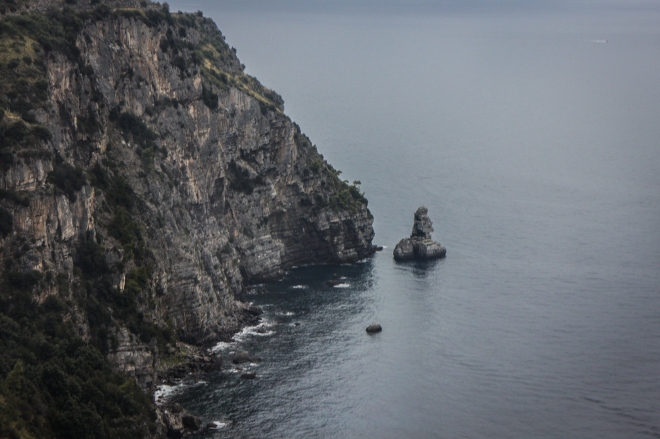 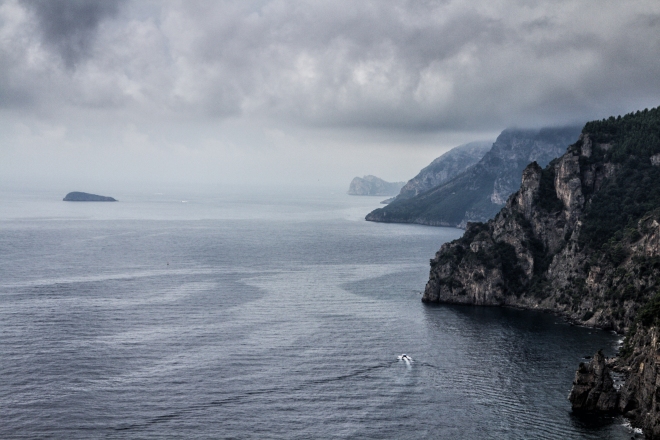 A few shots from Sorrento. 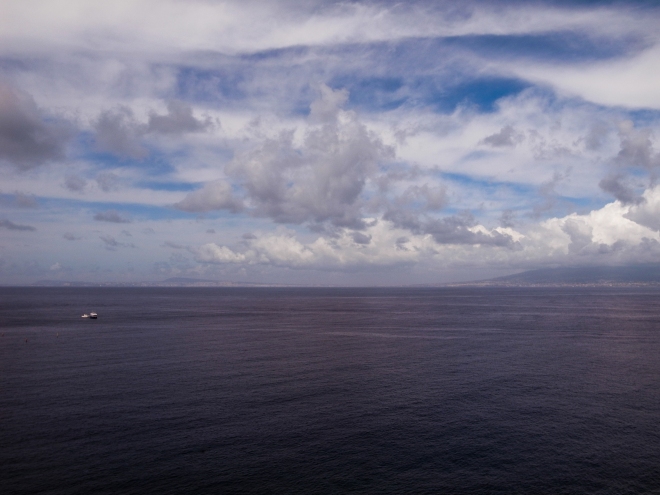 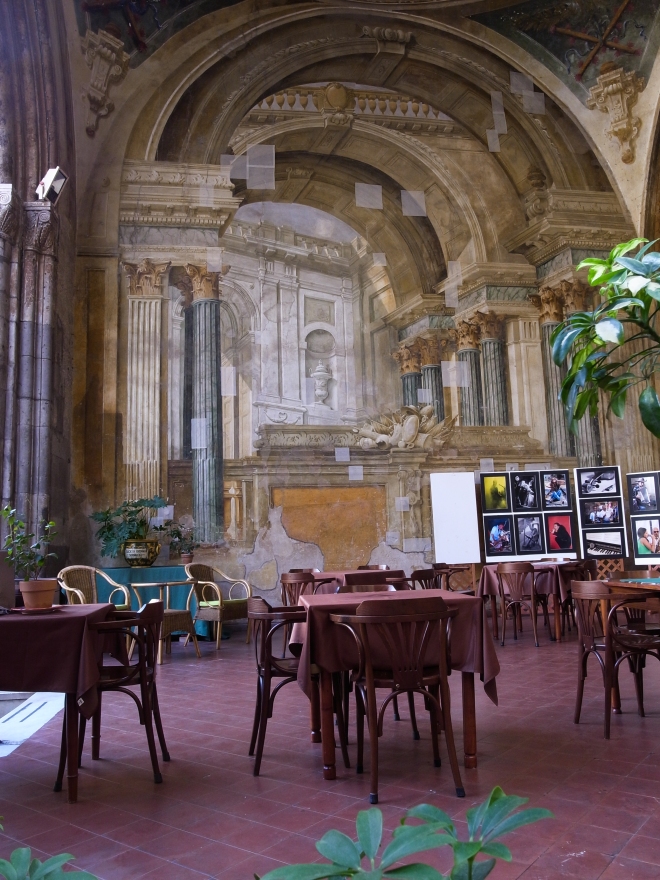 And a few from Amalfi.

We had wanted to go to Capri and see the Blue Grotto.  But the weather was bad the day we were supposed to go to Capri, so we went to the Emerald Grotto instead.  Yeah, I know it’s blue, but I guess that name was already taken.  Basically the water glows because of an opening in the cave that is just below the surface allows in some sunlight.

Okay, it doesn’t get more beautiful than this – Positano! 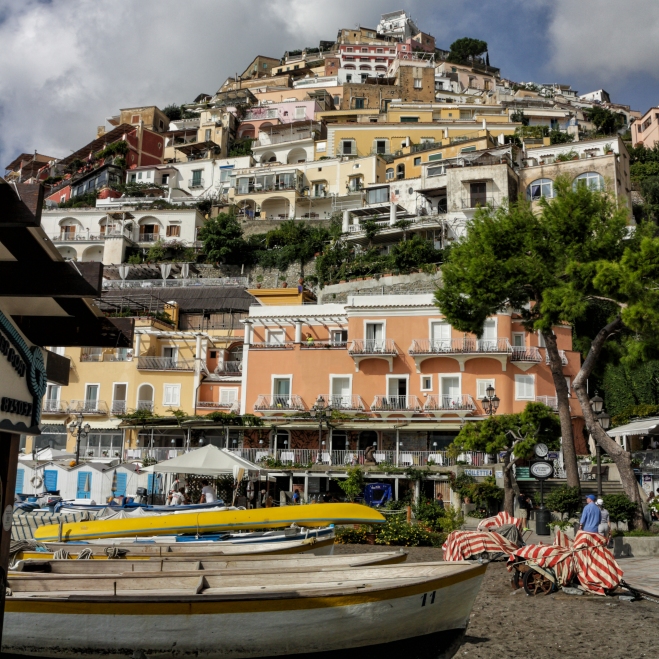 Remember at the beginning – the title referencing the law of attraction and Ann’s painting in her office?  Our tour guide, Stephanie Chance, graciously took a picture of Ann and me in the same spot as the painting in Ann’s office. It’s kind of like “Where’s Waldo” – can you spot us waving in this photo?

So, think positive thoughts!  You might end up someplace nice.